The Final Conference of the DANUBEPARKS STEP 2.0 Project was connected to an important event for future cooperation: The first General Assembly of the recently founded DANUBEPARKS Association, including the election of the Management Board.

On September 11th, the Final Conference with about 80 visitors took place at the Budapest Zoo. Duna-Ipoly National Park Director András Füri and Érdiné Dr. Rozália Szekeres from the Hungarian Ministry of Agriculture welcomed the guests. DANUBEPARKS Spokesman Carl Manzano gave an overview on the project activities and achievements, while host representative Pál Kézdy outlined the plannings for the future DANUBEPARKS visitor center at the Danube Bend.

The audience could also link the DANUBEPARKS Activities to other developments in the Danube region: Presentations of Tamás Gruber (WWF Hungary) and Béla Csányi (Danube Research Institute) connected our efforts with other stakeholders’ action in river restoration, morphology and research. Finally, Alessandra Pala (South-East Europe Programme) and Edin Lugić (EU Strategy for the Danube Region, Priority Area Coordinator Biodiversity), sketched the big picture: In an interview with conference moderator Katalin Sipos, they described their expectations to DANUBEPARKS future role and tasks.

The evening saw the opening of a photo exhibition about the Protected Areas along the Danube River: Nature photographers Réka Zsirmon and Zsolt Kudich had travelled all partners this spring to collect their impressions for the book “Nature’s Havens along the Danube”, which was presented that day, too. The photo exhibition will be shown in various areas in the upcoming months.

On September 12th, the Steering Committee Meeting gave a chance for all partners to reflect on the project activities and to highlight their priorities for capitalization of results. In the afternoon, the first General Assembly of the DANUBEPARKS Association took place. With currently twelve full members from nine Danube countries and four observers, the association was recently founded to provide a stable basis for cooperation and experience exchange independent from projects.

The election of the management board was an important step for taking up work at full speed: Carl Manzano (Donau-Auen /Austria) will serve as President; Eszter Buchert (Duna-Drava /Hungary) and Grigore Baboianu (Danube Delta /Romania) are Vice-Presidents. Thomas Schneider (Riparian Forest Neuburg-Ingolstadt /Germany) was elected Treasurer, while Vlatko Rožac (Kopacki rit /Croatia) is Secretary in the Board.

Excursion to our future visitor center

The last day of the meeting, for which Duna-Ipoly organized an excursion to Dömös – the site of the future DANUBEPARKS visitor center – gave a chance for continued informal talks about future project submissions. Participants visited the Dömös Green Fair and the Viségrad castle; the day ended with a boat trip on the Danube River that led the group back to Budapest. 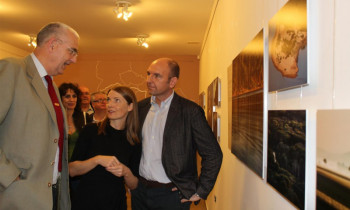 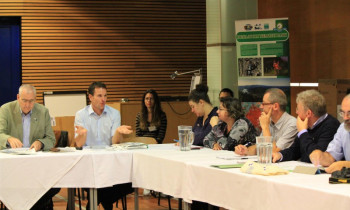 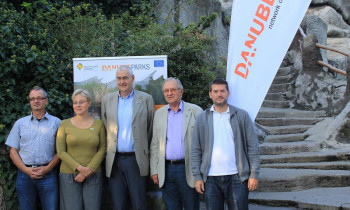 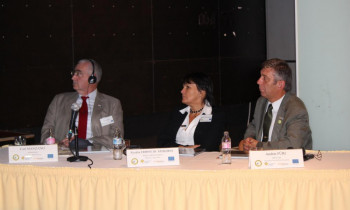 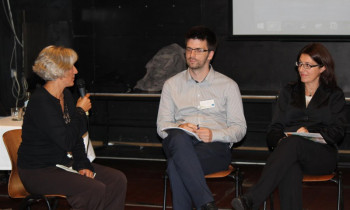